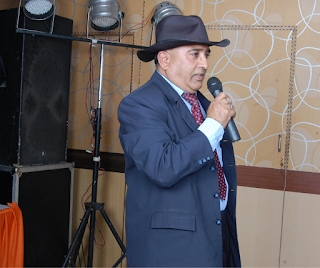 
These are the 8 Ps which Mr. Devender Uppal follow to become successful and no doubt he has proven himself not in India but across the world. Mr. Devender Uppal is a multifarious personality working as a journalist, Poet/Writer, Social Activist, Orator/Preacher, Author and Photographer.
Mr. Uppal was born in the year 1950 has done his bachelor from Dayanand college, MA from Punjab University followed by Diploma in Journalism from Jaipur University. He started his earning journey just after his matriculation and earned while learned. His passion for writing can be seen in his book "Spirituality Made Simple" which is the gist of Vedas, Upanishads and Bhagavad Gita. He is a social activist who holds medical camps, distributes blankets, sweaters, water coolers and provide financial help to the needy and for poor girls' marriages under his family trust- Sri Ram Charitable Trust. He had been a part of the administration at Dayanand College and taught journalism, but now he loves to disseminate and preach Vedic knowledge in Universities, Colleges, and schools, etc.

Social Aspects
1. Associated with:-
a. Peoples Forum for Population Control (PFPC), propagating for population control in the country.
b. Save Earth Save Humanity Movement (SESHM), for the protection and improvement of the environment.
c. Vedic Sanskriti Kendra (VSK), to disseminate and spread Vedic knowledge and philosophy. 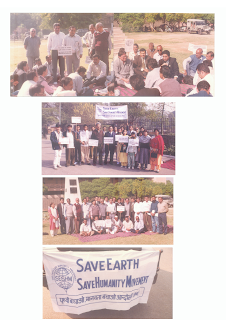 Achievements:
1. Peace Poetry Award in World Congress of Poets in 2000 in Greece.
2. Limca Book record for writing world's longest press telegram i.e. 101 feet long
which was released by Kumari Shelja, Union Minister.
3. Thrice state awardee in Journalism.
4. Several NGOs and administration felicitated for healthy and positive journalism.
5.  Launched daily newspaper Dainik Pathak Paksha in Hisar in 1989 in tabloid size
with manual composing and later in full size in four colors on offset machine
imported from Australia.
6. Had a chance to visit 7 countries and participated in World Congress of Poets
at Sydney in 2001.

Q: Why today’s journalism is not termed as Healthy journalism?

Today, Journalism is in a regressive trend. The present phase of journalism has witnessed many ups and downs. Editors have been virtually pushed to the rear seat and marketing executives and advertisement managers are now ruling the roost because a sacred "Mission" of democracy has been transformed into profiteering and converted into the industry to raise income of big houses.  Therefore, generally, the final content of a newspaper or channel is decided by the revenue-generating personnel and not by the editor.  It is not healthy journalism.  Yes, the social media, though at an immature stage, is gaining ground, for the good! 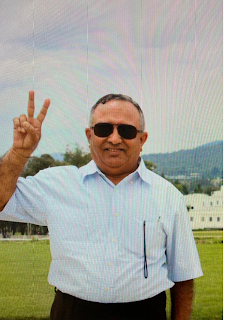