The right move at the Right time is key to a successful business. Bringing new and unique ideas for the Hisar city becomes a runtime for two Brothers i.e Mr. Sunil and Sushil Berwal. The young brothers have done graduation from the Arts stream and are now successfully running their business.

The Berwal brothers are fond of shopping when feeling that the city is not having enough branded shops from where they can buy a variety of brands, then they decided to launch franchise branded shops in Hisar and opened first PUMA brand franchise in the year 2011. The city people were showing great interest in buying branded products but simultaneously demanding more brands which forced them to take another franchise of BENETTON in 2014.

By understanding the future market, when everything will get online due to digitalization; they felt the change in consumer buying behavior. Thus they changed their track and became restaurant owners. They opened a new restaurant  WINE n DINE for city people in sector 14 in the year 2017. Wine n Dine offered superior quality of food and beverages, legendary customer service and an enjoyable and amicable environment.

Innovation and uniqueness is always there in the mind of Berwal brothers, that’s why in the year 2020, they upgraded WINE n DINE and came up with something new and different for Hisar and nearby.  Their new concept includes offering fresh beer to customers by implementing a brewery plant. The idea took the form of a restaurant and named BREWTOWN, a family restaurant and bar where the consumer can experience freshly prepared beer with delicious cuisines. 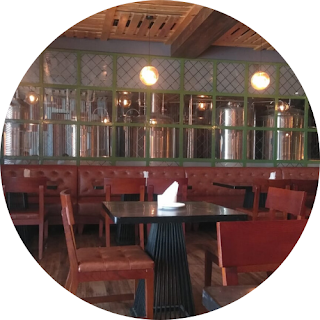 Q: Why do you think setting up a Brewery plant and offering fresh beer is a better option than bottled beer at a Restaurant? What are the health benefits of drinking Beer?

A: Beers, in particular, taste best when they’re enjoyed fresh, that’s why freshly prepared beer or craft beer has some major advantages on Bottled or Regular beer. Craft or freshly prepared beer comes in a variety of colors based on the brew, it can be made with specific & hand-selected ingredients, look crisp, tastes best and lasts longer. The installation of microbrewery at Hisar will act as an icing on the cake for beer lovers as they don’t have to go to cities like Gurugram and Delhi for enjoying craft beer.
Health benefits are: The ingredients in beer, including hops, yeast, water and cereals provide antioxidants, vitamins and minerals.

1. It Improves cholesterol levels and helps in reducing coronary artery disease. Beer helps increase the levels of lipoprotein- the good type of cholesterol which prevents plaque buildup in the arteries.
2. Minimizes the risk of Diabetes: moderate alcohol consumption with a 30 percent reduced risk of type 2 diabetes compared to not drinking.
3. It reduces the risk of developing stones: Potassium and Magnesium in beer helps in preventing the development of Kidney stones. Beer is 90 percent of water and water are essential for removing stones from the kidney.
4. It boosts the mental health in Parkinson's and Alzheimer's patients. Drinking beer increases the amount of dopamine in the brain which makes a person calmer and relaxed.
5. Beer is a nutritional diet as it contains 90 percent water and soluble fiber and trace amounts of calcium, iron, magnesium, phosphorus, potassium, sodium, zinc, copper, manganese, etc.

Q: Do you think the idea of having a family restaurant and the brewery will work for a city like Hisar?

A: Yes, tier 3 cities like Hisar are developing at a fast pace and the dining habits of people are changing now. People demand such family outlets that offer beer and food together. Earlier, this kind of joint was available in metro cities like Delhi, Chandigarh and Gurugram and people had to go there.  But with the opening of Brewtown, now they can enjoy beer and multi cuisines together along with family. Brewtown marketed itself on the grounds of offering good and freshly prepared beer, good food, good service.