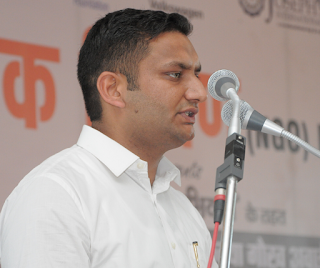 Mr. Vinod Rathore is a renowned social worker who is giving his valuable services to solve social, educational and religious issues. He is the Founder President of Lok Nirman NGO. Vinod Rathore was born on August 25, 1988. He did his Bachelor of Arts from Kurukshetra University in 2010. After completing graduation, he started working in a pharma company as a BDM.

Belonging to the rural background, he has seen the condition of females in rural families where they are treated badly, not allowed to take education and among all atrocities, female foeticide is at the top. Due to female foeticide, the difference between and male and female sex ratio is very high. By seeing all these facts, he organized Lok Nirman NGO in the year 2011 for helping needy and poor girl children in education and to awareness to save girl child. 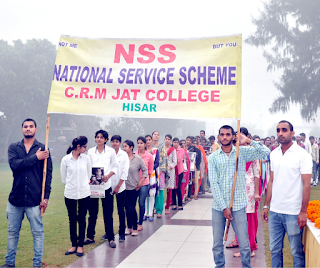 Since 2011, the NGO has conducted more than 200 events concerning save girl child and female education. It has been estimated that in each event, there was a gathering of more than 2000 people. In short, Lok Nirman NGO has spread awareness among 4 lakhs, people, not to do female foeticide and save girl child for better nation progress. This achievement has been gain by the help of a team of 21 members. The team feels proud as the rate of female foeticide has reduced since 2011.

Q: In India, girls are termed as Devi or Goddess but on the other hand they are not respected as well. Why so?
A: They are termed as a goddess because they give birth to new life. In the Population Census of 2011, it was revealed that the population ratio in India 2011 is 943 females per 1000 males. Haryana has the lowest sex ratio (877) in Indian states. This violence towards girls is a sign of backwardness and lack of education and awareness. The male chauvinistic society, lack of education, dowry, and desire for a male child has created this backwardness and ignorance. Because of all these factors, gender discrimination arises.

Q: What do you think about how the introduction of ultrasound technology has raises the rate of female foeticide?
A: Easy access to ultrasound technology has driven the abortion rate of female fetus. If we clearly watch, we will see that female foeticide is not a major practice in rural people, the practice has filtered into the middle class and lower middle class of cities. In India, ultrasound was introduced in the mid-1980s when abortion had already been legalized.  The low-cost and non-invasive nature of ultrasound scans has resulted in their widespread use for fetal sex determination amid counteracting legislation, leading to a startling increase in sex-selective abortion. 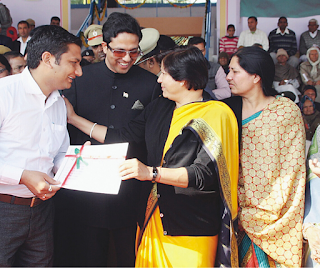