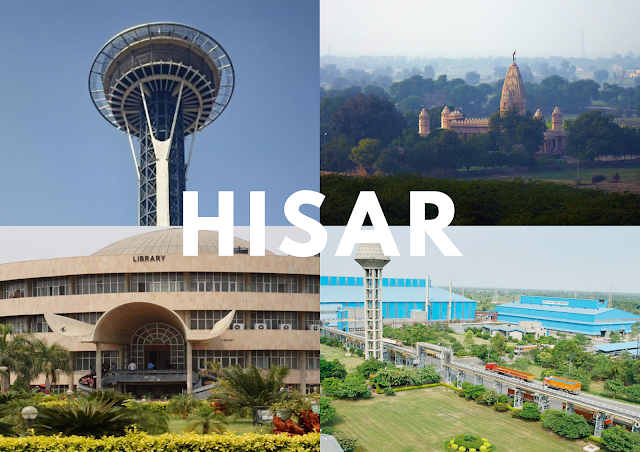 Firoz Shah Tughlaq’s Hisar was established in 1354, has been ruled over by Mughals, Tughlaqs and Britishers in past is now a well-developed city of Haryana. Due to the presence of steel industry in Hisar, it is also cognized as “City of Steel”. Not only famous as a steel city, but Hisar has also become an educational Hub in North India for students aspiring to study IIT/NEET/VS/ CLAT/MBA/BBA colleges and institutes. The two top universities Haryana Agricultural University and Guru Jambheshwar University students have raised the city name on a global level.

Hisar is a Persian word meaning fort or enclosure. In 1354, Sultan of Delhi Firoz Shah started the construction work of this fort here, its name was 'Hisar-e-Firoza' i.e. Hisar of Firoz. This ancient city was once the part of the Punjab province. Apart from this, Hisar also reflects early human settlement in India. It is counted among select sites of Harappa culture, many structures connected to the past can be still seen. Gujri Mahal, Asigarh fort, St. Thomas Church and Jahaj Kothi museum are some of the prominent historical sites located in the city.

The city has shown tremendous improvements in terms of Hospitals, School, colleges, Universities, railways, roadways and now the airways too. Hisar has given gems in every field whether it is Health care, Defence, Business, Education, Hospitality, IT, Digital Marketing, Food & Beverages, and Tourism those who are illuminating the city name.